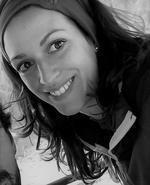 In ruminants, during embryo implantation (Day 18 in sheep), trophoblast cells (TCs) invade the endometrium and differentiate to form the syncitiotrophoblast layer, which is the first “bridge-tissue” between foetus and mother. Normal development in mammalians depends on sufficient oxygen, nutrient and waste exchange through the placenta and its correct functionality is monitored by TCs metabolism. Dysfunctions of placenta development lead to many gestational diseases, including early pregnancy loss, intrauterine growth restriction and preeclampsia, characterized by inadequate nourishment/oxygen supply for developing foetus. Errors on TCs differentiation compromise placentation and impact on the lifelong health of both mother and offspring. However, placental growth adapts to safeguard foetal survival, but how TCs impaired activity may be compensated to allow foetal development is still incompletely characterized.

Autophagy is a rescue mechanism promoted to bypass the low nutrient uptake by transforming unnecessary or damaged cellular components into simple molecules used as nutrient source for survival. Macroautophagy pathway is highly conserved in eukaryotic cell, as a matter of fact several studies describe the five sequential steps occurring in this cellular process (nucleation, elongation, maturation, fusion and degradation by lysosomes) until the transport back of recycled component in the cytosol. Nowadays it is well-known which autophagy-related markers are involved in the process (i.e. ATG proteins, LC3 I and II, p62/SQSTM1).

This self-eating process plays a fundamental role to safeguard cell homoeostasis in physiological as well as in pathological conditions. Further data confirmed the involvement of the autophagy both in placental invasion development10 and in response to stress environmental conditions (starvation, hypoxia and ROS activity). Defects in autophagy mechanism are associated with pathological complications during pregnancy, in particular in the early stage of placentation. Previous research demonstrated the ability of TCs to activate autophagy in different conditions: in physiological situation, it is essential to maintain a cellular balance between anabolic and catabolic processes during periods of short-term nutrient and oxygen deprivation, allowing appropriate growth both of foetus and placenta, while in compromised pregnancy autophagy is considered as a cytoprotective response to different stress signals. However, in severe environmental conditions it can lead to the activation of death cell pathway that eventually will lead to pregnancy loss16. This implies that TCs may alter their development most likely in an attempt to improve the suboptimal environment although the underlying mechanism is not clear.

Specific objectives of the project, methods and preliminary results

In order to clarify the regulation of early placenta development, the project aims to establish a model in vitro to investigate the main mechanisms regulating TCs differentiation during early placenta development. TCs obtained from early sheep placenta will provide a useful model to study their behaviour in physiological as well as compromised conditions, frequently associated with increased placental autophagy.

The second task is to study how normal and abnormal development events can impair TCs biology and functions. The main purpose is to set up the suboptimal environment focusing specifically on oxygen or nutrient reduction to investigate modulation of TCs growth and functions under stressed conditions, including the monitoring of the autophagy flux. These experiments will be set up using both oTr cell line (provided by Prof. Fuller Bazer, Texas A&M University) and primary oTCs. Cells will be subjected to stressful conditions to mimic adverse situations occurring in compromised pregnancies, such as starvation, hypoxia or anoxia, low growth factor and amino acids supply.  Direct cellular stress response in terms of change in morphology, gene/protein expression profile and secretory activity will be checked after specific modifications in the cell culture model. Autophagy markers detection and intracellular signs of this survival mechanism will be evaluated through molecular (qPCR) and immuno-based methods (immunoblotting, immunochemistry, immunofluorescence cell staining). The increased autophagy flux will be monitored and characterized using the previously described methods (proliferation, migration, secretory activity, gene and protein expression) to identify the timing and physiological limits where it becomes lethal.

In the first year, early sheep placenta of 21-25 days old has been collected to obtain oTCs using a selected method after testing different cell isolation procedures. oTCs and oTr have been cultured with different medium conditions (i.e. with or without EGF, FGF, insulin-ferritin-Se) and stored in liquid nitrogen for further experiments. I am able, now, to identify the best culture medium for trophoblastic cell growth and maintenance.  Cells have been monitored by microscope to study their morphology in terms of cell dimension, number of nuclei, lipid droplets in the cytoplasm. RNA and protein extraction have been performed in order to achieve de novo design sheep’ primers efficiency validation and antibody specificity testing. As a result of this screening, we identified E-CAD, CK-7, INF-τ and oPL as trophoblastic markers (ACTB and HPRT used as house-keeping), while ATG-5, ATG-9, ATG-13, BCLN1, LC3-II, P62/SQSTM1 will use for autophagy detection.

Firstly, trophoblastic functions (marker expression, cell proliferation, migration assessment and secretory activity) will be evaluated in selected culture condition. As a next step oTr and oTCs will be subjected respectively to rapamycin (Rapa) and 3-methyl-adenine (3-MA) treatment in order to test the effects of autophagy activation and inhibition on trophoblastic functionality using the same parameters. Subsequently, previous assessments will be performed on cells subjected to stressful environment occurring in compromised pregnancy status (i.e. low glucose, amino acids or growth factors, hypoxia/anoxia).Lastly, the results will be useful to identify the timing and adverse conditions when autophagy activation leads to cell death. At the same time, it will be possible to better clarify how the autophagy induction on trophoblast cells in suboptimal environment could be a benefit for pregnancy maintenance and consequently foetal survival.

Gong J.S, Kim GS. The role of autophagy in the placenta as a regulator of cell death. Clin. Exp. Reprod. Med. 2014.